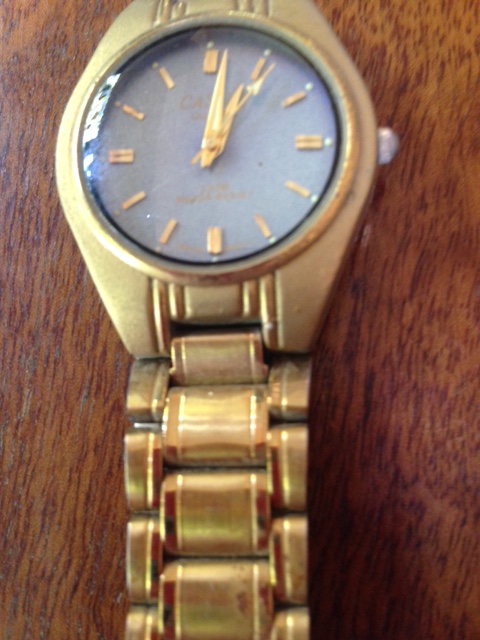 John’s watch – still waiting for him

10 years ago today Prit, myself, and our yardman were kidnapped at gunpoint. After being paid $300 U.S. to kill Prit in the churchyard, the kidnappers decided it was more profitable to kidnap us instead and demand far more money than a mere $300. The sum quickly became $300,000. Our jeep was commandeered and we were taken far into the countryside. After arguing with each other awhile, they decided to take Prit. After a horrific 3-day ordeal of negotiating for Prit’s release, he was let go. Most of you are already familiar with this story. This year, it is our goal to put it in book form.

But today, I am thinking of John. John was a member of the gang assigned to guard Prit 24/7. Before Prit was released, John poured out his whole heart to him. “I can’t get out of this gang, Pastor. They’ll kill me. If THEY don’t, the police will catch me and then they’ll kill me. My life is over.” His family had already disowned him for joining the gang.

As they were parting, John took off his watch and gave it to Prit. “Pastor, don’t forget to pray for me.” he said. We’ve wondered all these years what ever became of John and have indeed prayed for him, that we may see him in Heaven one day if not before.
So… I’m wondering today, Where are you John?

2 thoughts on “Where Are You John?”