Sometimes Haiti can be a lonely place. As a missionary, one learns to get used to solitude. When visitors come, however,  we revel in their fellowship and the ministry they often bring.

Richard and his wife, Agathe

Recently, Pastor Richard Ouellette (Montreal, Quebec) and Evangelist Yves Baron (Livry-Gargan, France) graced our home and ministered in our main church in Petite-Anse. Richard is an excellent teacher and has taught several times in our church and Bible institute, including an entire counseling course. We are always delighted when he comes for a visit. His love for Haiti has moved him to start a work in the southern part of the country. For him to travel six hours on a “poor excuse for a road” to Cap-Haitian must indicate that he appreciates us. Richard ministered in our church on “The Fear of Man Brings a Snare” (Proverbs 24.29) a couple of weeks ago – a much needed message that one cannot hear too often.

Yves, praying for the sick

Yves is an international recording artist and healing evangelist. He has produced several albums that you can view on his website. Yves ministered to our people in song and afterward prayed for several of our church members. They received some incredible healings. I witnessed a lady’s leg grow out to the same length as her other one. Having suffered with hip problems for years, she is now enjoying being pain-free! Jean-Philippe Béliard is the leader of our orchestra and is also a professor in our Bible institute. Jean-Philippe has suffered from excruciating pain in his shoulders and neck for some time. After discipleship school on Sunday morning, a fellow church member told Jean-Philippe, “You’re not going to have to suffer with that pain too much longer. God is going to heal you.” Sure enough, that night Yves prayed for him and he was instantly healed! He felt the pain vanish and it has never returned. Our great physician heals and his consultations are free!

Thank you, Pastor Richard and Brother Yves, for your wonderful fellowship and laughter around our table as well as the marvelous deposit you left with our congregation. Our people will never be the same.

I gingerly pulled our Trooper up to the curbside. This way I could quickly scoot up to the ATM located just outside the bank by the wharf. Opening my door, I spotted a young teenager out of the corner of my eye standing just a few feet away from me who  immediately began calling my name.

Avoiding eye contact with the young boy, I assumed that he was another of the many street kids who always descended upon our vehicle looking for a handout. The ATM is one of their favorite places to gather. I’m sure it didn’t take too long for them to realize that this strange machine magically spits out money for certain individuals. Many of these kids hold out hope that there’s a slight chance that some of that money just may end up in their eagerly outstretched palms. Making my way through the crowd of boys gathering around me, this particular young man kept calling to me. Suddenly it hit me. I had heard that voice before. It was David’s voice.

David came to our church as a young boy over a decade ago with his mother. Our children became so fond of him that he usually ended up sitting on our family church bench with us. Because he always wore a black and yellow striped shirt, they affectionately nicknamed him “Gep.” “Gep” actually means wasp, but I believe our children were thinking of a bumblebee when they named him. The name stuck. David loved our family and especially the attention our children lavished on him.

Unfortunately, David’s mother fell ill and passed away. His father was a womanizer and took no responsibility whatsoever for his son, and David was eventually taken in by his grandmother. Since she lived in town, she and David began attending another church and we lost touch with them. From time to time we would see David dressed up in his nice school clothes on his way to class. Things seemed to be going well with him in spite of the loss of his mother and the negligence of his father. We had no idea that, later, life would take another downward turn for him.

This particular day, I gave David a hug and asked him how he was. It was only then that my eyes fell on his tattered clothes. I learned that his grandmother, having become ill, had moved to Port-au-Prince to live with her extended family. Sadly, David wasn’t invited into the family circle and was left to fend for himself. I gave him a little money and told him I would pray for him. He wasn’t begging. He just wanted me to know it was he who was calling me. Little David was all grown up now – seventeen years old, to be exact, and was spending most of his waking hours on the street. My heart hurt for him as I drove away. Sadly, “Gep” has felt the sting of the harshness of life here in Haiti.

For over thirty-two years Rehoboth Ministries has been helping hurting people – like David. In a country of extreme poverty and little hope, Rehoboth has been impacting lives and giving dignity to the hopeless. Children have been given an education. Others have received medical help in all forms. Hungry stomachs have been filled and lives have been changed.

Won’t you join us in being a regular supporter of this work? With your help we can do so much more. From helping a struggling Bible school student pay for school to enabling a parent to pay for their child’s tuition and books, you can help lift a heavy burden.  Would you pray today and ask the Lord how you can help us throw a lifeline to the hurting? Perhaps we can’t help all the “Davids” of this world, but together, we can do great things. 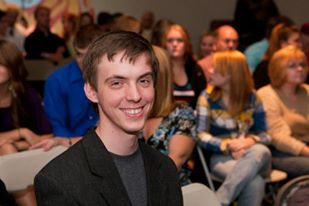 We want to wish our son, John, a very Happy Birthday! John is 30 years old today and we are so thankful that we have the privilege of sharing his special day with him here in Haiti. We’ll be chowing down on pizza and a cake with lemon frosting later.  Here’s to your best year yet, Son!

As I type, the front door of the den is being installed. Unlike the windows (which are already installed), the door had to be custom made. Our den is slowly taking shape and the next step is a good paint job. We’re looking forward to sharing the final picture with you soon. Hopefully, it will be finished before our visitors arrive this weekend. Pastor Richard Ouellette (from Montreal) and Evangelist Yves Baron (from France) will be ministering in our main church this coming Sunday.

I learned from Wilfrid (who’s doing the above-mentioned installation job) that he had four children in our main school in Petite-Anse. Two have since gone on to high school elsewhere and two are still studying at our school. It warmed our hearts to learn what a blessing our school has been to him and to his family. He was even more excited when we shared with him  that soon, his kids, along with all the other students and staff, will be eating a hot meal five days a week!

Speaking of hot meals, our cooks returned from Arcahaie last Friday. They spent a week  training for the administration of the feeding program that, hopefully, is not too far off. We ask your continued prayers for the shipment of food that is due to arrive in Port-au-Prince by a U.S. military transport plane as well as for the installation of the new equipment for our beautiful school kitchen. Pray for the staff at Orphans Promise as well who are feverishly working to bring this all together. They have their hands full and theirs’ is a ministry that’s spanning the globe.

Everyone loves the joy of being on the receiving end of a blessing. In all my life, I’ve never heard anyone complain about being the recipient of someone else’s generosity. Have you? At times, we’ve all been blessed in various ways by friends who wanted to make a difference with their giving. Today, we’d like to acknowledge a few of those friends who have recently done just that for Rehoboth Ministries. 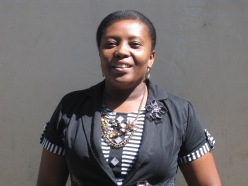 fer Steimel is one of those special ladies who finds immense joy in giving to others. Upon learning that my sister was coming to Haiti for Christmas, Jennifer selected some beautiful pieces of jewelry that once belonged to her mother and sent them as gifts for our pastors’ wives. I can assure you that these ladies rarely receive gifts at all, much less gifts as nice as these. They do their best just to make ends meet in providing for their   families. Here is a picture of Madame Pastor Délinx sporting her new jewelry. Thank you Jennifer for  taking the time to make these special ladies feel like queens. They will never forget their Christmas gifts of 2014!

A longtime friend of mine learned that Pastor Lefort’s church was in great need of a piano. The piano which his musicians used for the worship services had more keys that didn’t work than did! Thanks to my high school buddy, they are thrilled to have a decent piano again. Not only did Kay gift us with a piano, but she paid the whole shipping cost all the way from North Carolina to Florida.

Another friend read my recent post about the need to close in our front porch to make it a den. Her heart was touched to help us purchase some new windows and a door. Thanks to Sharon, we will no longer have a draft coming into our house! The windows are in and we’re still waiting on the door. I’ll post the completed work later.

All three of these special ladies understand the truth of Churchill’s words. We make a life by what we give. They also have brought joy to our hearts and to others here in Haiti. A special thanks to all our other friends who regularly give into Rehoboth Ministries. They are our silent partners who keep this ministry afloat while looking neither for fanfare nor recognition. We are blessed to have friends who look beyond their own needs to the needs of others. 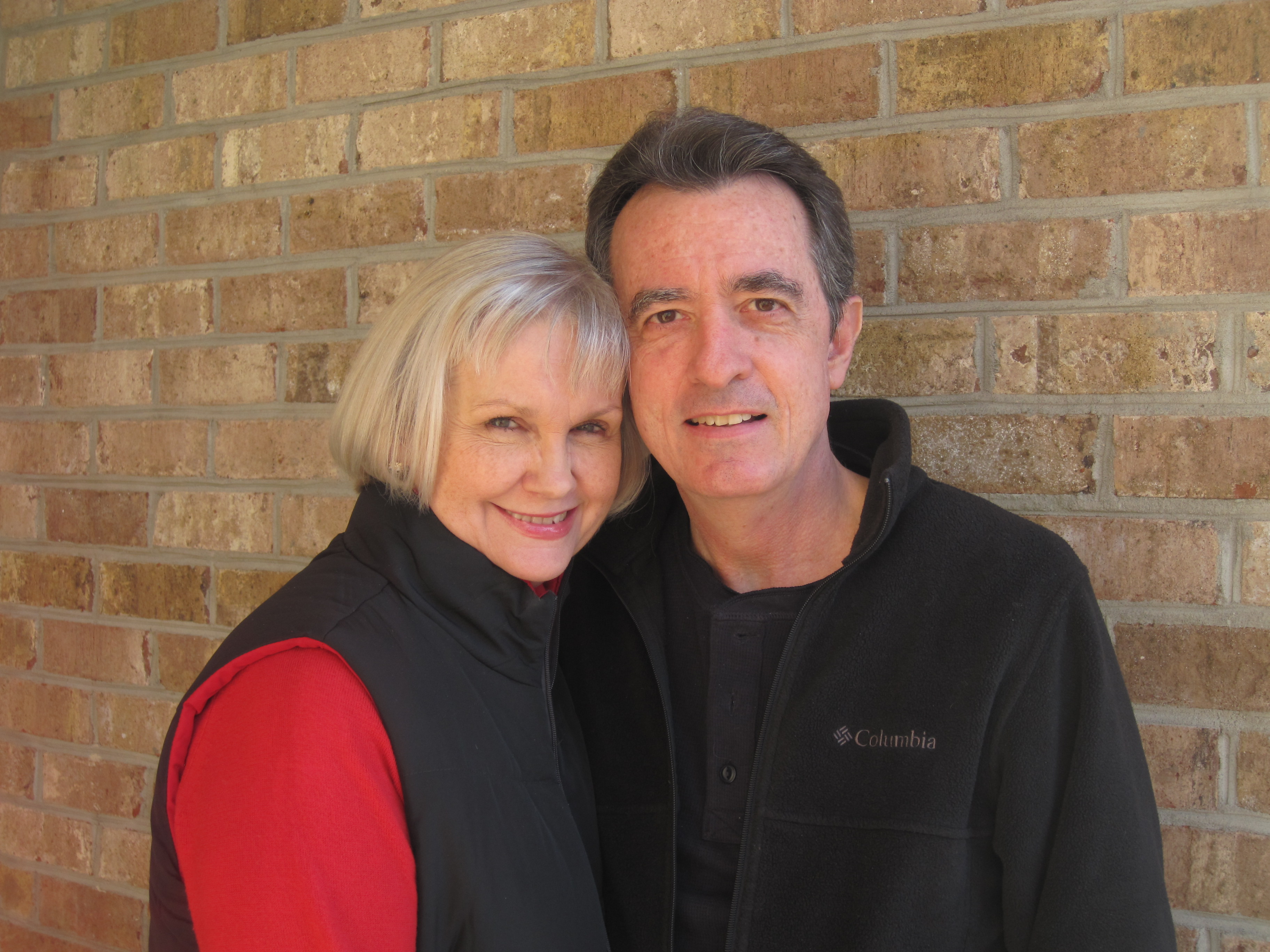