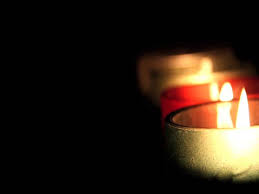 In the sixth month, God sent the angel Gabriel to Nazareth, a town in Galilee, to a virgin pledged to be married to a man named Joseph, a descendant of David. The virgin’s name was Mary. The angel went to her and said, “Greetings, you who are highly favored! The Lord is with you.” Luke 1:26-28

I have enjoyed reading the Christmas story over and over. An avid fan of history, I always love to study the “story behind the story.” Here we have a passage from Luke, a historian concerned with the accuracy of names, dates, and places. Since Luke was a physician, he would have already been one that was given to details.

In Luke’s gospel, Gabriel came to Mary and declared to her, “Greetings, you who are highly favored! The Lord is with you.” As I meditated on this verse, I began to see that God’s perspective is not always the same as ours. What does it mean to be “highly favored?” One may think of many things when the word “favor” comes to mind. For some it may mean prosperity and good health. For others, favor may mean having a good reputation or respect from others. For us as missionaries, it means being home during the holidays and having special time with our family members.

But Mary’s “favor” would never measure up to the modern-day concept of what we think favor means. For starters, Mary was extremely poor. She didn’t have her baby in a nice, warm home as other Hebrew women were privileged to do. She and her husband, Joseph, couldn’t even get a room in the inn. There was not so much as a midwife to assist her with her birth.

I can only remember too clearly the apprehension that came with giving birth for the first time. Port-au-Prince, Haiti was a long way from home and family members. It was in the middle of Mardi Gras season and the eerie sound of the voudou drums beating incessantly all through the night only added to my fears. At least I was in a hospital surrounded by doctors and nurses, though. Mary had no one to guide her nor family present to cheer her on. With each breathtaking contraction, her faith would strengthen her resolve to draw this child safely from the womb and into her arms.

A strange array of visitors would show up at her “doorstep” to worship the child King afterward. Then, to add to the drama of an already intriguing story, Mary would be forced to quickly gather up her little bundle and flee the little comfort she knew. Following a narrow escape, Herod’s henchmen would fill the streets of Bethlehem with the bloody corpses of children from newborns to two years of age. One can only imagine the terror that must have gripped Mary and her husband’s minds upon receiving this heart-wrenching news.

Then there was the question of Mary becoming pregnant out of wedlock. She would go all through life enduring the side glances, whispers, and sneers of those who knew her. As she and Joseph entered into the temple in Bethlehem to present their newborn child to the Lord, she received a most unusual prophecy. Simeon was a devout man who had received a revelation from the Lord that he would not die until he saw the Christ child. We are told that he spoke a blessing over the young couple stating, “This child is destined to cause the falling and rising of many in Israel, and to be a sign that will be spoken against, so that the thoughts of many hearts will be revealed.” Next, he blessed Mary with what we would consider a “mixed bag” saying, “And a sword will pierce your own soul too.” This prophecy would come to fruition later as Mary witnessed the horrific execution of her own son upon a bloody cross. She would watch him helplessly as he gasped for breath, giving final instructions to his disciple John to take her into his home and care for her. A sword would surely pierce her heart and evoke heart-wrenching emotions that she probably never knew existed. The son she had labored to produce in that lonely place many years before would later be treated as a common criminal, enduring the most shameful form of death that society could offer.

So what what Mary’s favor? The answer is found in the sentence that followed Gabriel’s proclamation — “The Lord is with you.” God promises never to leave us or abandon us. In the toughest of times, he promises to be there. This is his favor: He is with us! He always wins no matter what life throws at us.

Tragedy and heartache come in all forms and at the most unexpected times. A pastor friend of ours, turned missionary, was recently driving in Honduras when a large truck coming in his direction veered onto his side of the road and hit his vehicle, killing him instantly. We knew his precious wife, Karen, who had died a few years earlier as cancer ravaged her body. Jeff was one of the first pastors that befriended us after we joined MFI (Ministers Fellowship International) of which he was a member. Our hearts were grieved to learn of his recent departure. And here as we are entering the Christmas season of awe and wonder, we are saddened to think of Jeff and Karen’s sons that are left behind with only memories.

A friend of mine, with whom I have only become reacquainted recently sent me an e-mail asking if I could come visit her. She’s having a difficult time. Brenda lost her daughter just a couple of weeks ago to another tragic car accident. She is now raising her daughter’s two children. Brenda is a Christian, but that doesn’t leave her void of pain. She, too, will enter the Christmas season remembering the daughter she had and is experiencing a “piercing in her own soul.” Like Mary, she is feeling the intense yearning for the child she brought into the world.

Jesus came to a broken and dying world. The angels that announced his grand arrival also announced “peace on earth, good will to men.” Jesus would not bring a trouble-free life, but he would bring peace. Mary’s favor did not mean that she would sail through life without a care in the world. Her life, from beginning to end, knew the full spectrum of emotion, from extreme joy and celebration to the most gut-wrenching sorrow. But Mary’s favor was found in the simple truth that God was with her.

I have one last remark about Mary. Mary was the only person to witness Jesus’ birth, Jesus’ death, Jesus’ resurrection and Jesus’ ascension. She was the only one present at every event. Mary, while knowing the lowest depths where a human soul can venture, also experienced the glory of seeing her son return from the dead as well as watching him return to his Father. Mary’s own death is not recorded for us in history, but we can only guess that the favor she received, after finally entering into her eternal rest, surpassed any of the sorrows that encompassed her while living on this earth. God exists beyond this thin veil of life. There is glory to come, for God is with us!