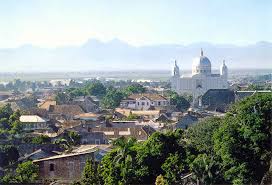 This year, the city of Cap-Haitien is celebrating its tricentennial. The city officially became a French colonial port in 1711, although the area’s recorded history actually goes all the way back to Christmas Eve, 1492, when Christopher Columbus’ flagship, the Santa Maria, struck a reef and sank in a nearby bay. The local Taino people received the visitors warmly, and Columbus and his crew built the first European settlement in the New World here within the walls of the Taino fishing village. They named the structure La Navidad (Spanish for “Christmas”) since they built it on Christmas Day.

Since Spanish explorers eventually opted to establish their colonial capital at Santo Domingo (the present-day capital of the Dominican Republic), on the southern side of the island, the northern coast was mostly neglected, gaining notoriety as a hideout for French pirates looking to evade the law and illegally trade French goods with Spanish outposts during times of war. The area around Cap-Haitien eventually became so thoroughly identified with these pirates that the area was named Cabo Francés (French Cape). When the war between Spain and France finally ended in 1697, Spain officially acknowledged what had been a longstanding reality by ceding the western third of the island to France in the Treaty of Ryswyck. Thus, the island today is divided between two different nations speaking two different languages.

The 18th century saw the meteoric rise of Cap-Français (as the French called it). By century’s end, it was known throughout the French Empire simply as ‘Le Cap’ (‘The Cape’) and was exporting a rich agricultural harvest (the area had 100,000 coffee trees alone) to the entire world. Haiti was France’s most prosperous colony, wealthier at the time than the entire United States. With wealth came sophistication—Le Cap was noted for its theater and its Royal Academy of Science and Arts. A contemporary observer noted, “Le Cap sets the tone; it is the Paris of our island.”

Monument at Vertieres to the battle for independence.

The dark side of the city’s newfound wealth, however, was that its plantations were built upon the backs of tens of thousands of imported African slaves. While the French Revolution of 1789 guaranteed ‘liberty, equality, and brotherhood’ for all men, it quickly became apparent to the slaves that to the colonial slave-owners, ‘all men’ did not include them. As a result, the slaves launched a revolution of their own in 1791 that lasted until 1803, when the slaves finally secured their independence by defeating the French army in battle at Vertières, near Le Cap (as a result, Cap-Haitien is known within Haiti as the birthplace of independence). On January 1, 1804, the French colony of Saint-Domingue officially declared itself to be the world’s first independent black republic. The newly independent blacks renamed their new country ‘Haiti’ (an Indian word meaning ‘land of mountains’) and the city of Cap-Français was rechristened Cap-Haïtien.

Sadly, the nation’s problems were not solved by independence. In 1811, Haiti was divided into a Northern kingdom ruled from Le Cap by King Henry Christophe, and a Southern republic governed from Port-au-Prince. During Christophe’s rule, Le Cap prospered. The North’s two most prominent landmarks were built during this period – the Citadelle, a daunting fortification built atop a nearby mountain to defend against a French re-invasion, and the beautiful Sans Souci Palace (Henry’s gift to himself). The North’s affluence was short-lived, however – Christophe suffered a stroke in 1820 and, fearing an assassination attempt, shot himself through the heart with a golden bullet. After a brief power struggle, the Northern kingdom collapsed and was reintegrated into Haiti under Southern leadership in 1820. Through the rest of the 19th century, Cap-Haitien declined into second-city status. By 1900, Port-au-Prince had nearly three times its population. Even Christophe’s beautiful palace lay in ruins, destroyed by an earthquake in 1842. 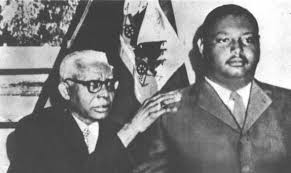 During the late 19th and early 20th centuries, Cap-Haitien’s rebellious elite and geographical distance from the capital gave it a reputation as a springboard for groups seeking to start revolutions. Paradoxically, this served to weaken the city since Haitian leaders (particularly the Duvalier regime, which held power from 1971-1986) tended to respond by centralizing the nation’s resources and authority in Port-au-Prince in order to keep them close at hand. As a result, Cap-Haitien today (along with the rest of the ‘provinces’) is markedly underdeveloped, a heavy contributing factor in Port-au-Prince’s overpopulation (although like Port-au-Prince, Cap-Haitien has experienced an influx of people moving in from rural areas to find work). 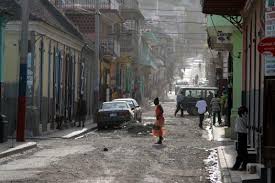 Today, Cap-Haitien is a rapidly growing city with great potential for tourism and economic development. It was fortunate as a city to be spared from the effects of the 2010 earthquake, although it continues to be plagued by grinding poverty andhigh unemployment (around 80%) like the rest of Haiti. It does share another feature in common with the rest of Haiti, however — a high level of spiritual hunger.  Though through natural eyes, it is sometimes impossible to see reasons for hope, we continue to believe in the God who calls forth life from the dead and to pray for a new day in Haiti’s history. Who knows whether the city where Haiti’s battle for freedom from slavery began and ended might become the place where its freedom from poverty, social injustice, and spiritual oppression will also be fought and won?